We need to think about MSFS2020

We need to think about MSFS2020

I just upgraded my PC specifically for this sim and i started the 747 but when i approached takeoff all the excitement started to go away, first it takes off automatically at only 100Knots you need full stick forward to get to VR, and when airborne i engaged autopilot and it constantly pitched the airplane up and down and then also left and right, i tried to remedy this by engaging Vspeed instead still it kept pitching up and down and cruise it does not maintain altitude pitching up and down and banking left and right which keeps getting worse with time, the 787 does not even turn correctly on taxiway once airborne even with full stick movements it makes very little effect on airplane pitch and bank, and when i engage autopilot it simply pushes the airplane into a dive, since its release i have not had a single normal flight from point A to B in either 747 or 787, only A320 seems to work , but high altitude airports it won't work ,i tried to land at at 7000ft elevation airport and at full flaps you need 10 degrees of nose down attitude to maintain 700 fpm at 140 Knots indicated airspeed, if you fly manually you cannot fly more than 1 hour since more than that you need autopilot in a 747, you can fly aerosoft a320 or pmdg 747 in fsx it will give you great experience but other than fancy scenery landing challenges and bush trips to be flown manually this sim is completely useless.I will be waiting for next months update or the month after that until they fix it to fly airlines in this sim again, i will not be using it for VA flying.
Top

Those are all known issues reported to Abosoo and should be addressed in the next updates or two.
We need to remind ourselves that the default aircraft are on a very basic level and not to expect much systems wise.
Westwinds official position is not to limit the sim the pilot wishes to use.
In my humble opinion, the only thing that really improved is the level of detail in the scenery and the small GA type aircraft, but the jets and airliners seem to have paid a heavy price. 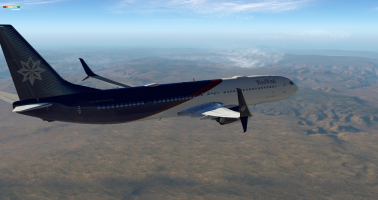 Yes, Bob, for now I too am sticking with X-Plane 11

I guess we will see what we will see. You guys who know how to configure your keyboard and joystick to something you can remember with X Plane and enjoy the FMC, I can understand. For those of us who cannot seem to figure it out with X Plane, who do not want to fool with an FMC or when we can take off from my home airport KCLT using it and two miles out there is nothing but trees all around, I guess beauty is in the eye of the beholder. I will probably have the same problem setting my keyboard and joystick up with 2020 since the idiots changed what has been normal for years now but I did a simple short flight around Charlotte with FS2020 it is close to real as can be and I can see my CAP building sitting next to runway 36R so my response is what it is. Plus $80 for add on aircraft on X Plane means I would spend hundreds for the variation I like and then add on scenery is more than I ever hope to pay so we have yet to see what 2020 will behold so as I said, We will see what we will see. Whichever sim you fly keep enjoying what you enjoy guys, that is what we hope for with the VA every day, every flight and it is great we have a choice.
Paul L. Steele
WWA3290
Vice President Operations/COO
Lt. Col., CAP/Deputy Commander/MAR-NC-111,
Group 6 Safety Officer, Assistant Director of Safety, NC Wing
LTC (R) US Army
Top

Just a few words on all sim packages.

All of them have their quirks. Each has a tendency to be complicated and does require a little computer knowledge to use.
The idea of a sim package that is totally plug and play is a little bit of a myth. Each user's needs and systems differ, and
therefore there is no one-size-fits-all solution for them.

No one ever made a guarantee that MSFS2020 would ever be capable of supporting everything that WestWind requires for
a flight sim package. We can only hope that Microsoft will support it with modifications and patches that will make the simulator
better over time.

The release of MSFS2020 did not invalidate anyone's flight sim package, and a member's desire to move to it is a personal choice.
Take a little time to allow them to make the fixes to aircraft that are needed. FSX default aircraft are no where near the PMDG
quality aircraft that are available on the others, so you need to give the community time to get situated and to figure out how
they are going to engage.

Has anyone tried to "port" from one sim to the new one? from FS9 --> FSX, this was a big help that brought about allot of aircraft
content. Not everything for FSX was done in FSX, allot was brought over from FS9 by porting. Those who loaded the new 2020 flight
sim need to look at and compare file structures. FSX and FSX_SE went through the same deal with allot of folks running out about
differences that were, in the end, not there.

Developers moving to MSFS2020 are looking first at porting what they have already. If they can port, they will do it, get the task
done quickly and charge you an arm and leg for the work. If not they may be forced to write from scratch. In the FSX FSX_SE
move, it took everyone about three years to get there. It turns out that the a "port" from FSX --> FSX_SE is pretty simple. The
SDK's match.

Bottom line, MSFS2020 hasn't been out long enough yet to get to a settled point. I don't think they have even have had a major update
yet! You need to give it some time.

The amount of fixes and improvements to the default airplanes just since release to me shows that Asobo are genuinely interested in delivering a good product. Remember, Microsoft is just the publisher and provider of the data and infrastructure. The whole development was done by Asobo and they're who are fixing/improving things.

The FS world still isn't used to the new paradigm in software release and that's causing problems. The way software is released today is that once it's feature complete, it goes out the door. Software companies can't afford to keep it on the shelf while they perfect it, especially since fixes can get pushed over the internet at any time. Now, once it's complete and mostly stable, the guys up top will force release. But development no longer ends at release. It's ongoing for the life of the software. Continued sales fund continued development and until those sales drop to nearly zero, the product will continue to see support and updates. Having an online store for purchasing addons will make it last even longer since part of those sales will continue to fund development. There's serious problems with this new paradigm, but it's what we've got. Once we (the FS community) get used to what has been the norm in the rest of the "gamer" universe for over a decade now, I think we'll see less and less complaining about the problems as if it's the end of the world and more constructive reporting of the problems so that they can get fixed in the next update.
Chris Trott, WWA3382
EGLL Hub
Top